This easy stuffed peppers recipe is super fast to throw together. Home canned ground beef and instant rice stuffed into red, yellow, and orange bell peppers. Onions and garlic, along with Marinara sauce, add wonderful flavor and an Italian flair.

I so love a delicious, healthy, and easy meal!

And this old fashioned stuffed bell peppers recipe just happens to be all of that!

It’s a great meal to put together after a day of working in the garden. Which is what I did after harvesting a bunch of bell peppers.

I was tired and hungry and wanted something simple and easy to prepare.

So I grabbed a pint of canned hamburger meat and a half pint of marinara sauce from my canned goods.

Then I grabbed some homemade instant rice, an onion and a couple of cloves of garlic from the pantry and got to work.

You don’t have to use the canned beef and instant rice, but it sure does cut does on prep time to have those on hand.

I love to use different colors of bell peppers because I think it’s so pretty.

But you use any color that makes you happy.

If you don’t have any home canned ground beef in your pantry (yet 🙂 ), not worries! Just brown a pound of hamburger and follow the rest of the instructions.

You’re going to need a baking dish that all the stuffed peppers can sit upright in without falling over.

Wash those beautiful bell peppers and cut the tops off. If they won’t behave and sit level, cut a piece off of the bottom so they will.

Remove the stem and chop up the tops and bottoms of the peppers.

Stir those and cook until the onions are translucent. That should take 3 to 5 minutes.

Now add the pint of ground beef. Break the meat up and cook until the meat is heated through.

Stir that all in and bring to a simmer.

Now toss in that instant rice and stir it in.

Remove the pan from the heat and cover it. Let it sit for 5 minutes.

While the rice is rehydrating, it’s time to clean out the peppers. So remove the seeds and cut out the membranes.

Put the cleaned bell peppers in an ungreased baking dish.

After 5 minutes, remove the lid and stir the meat mixture.

Remember that this still needs to cook, so the onions, peppers, and rice won’t be completely done right now.

Taste the mixture and adjust the seasonings if necessary.

Now it’s time to stuff the bell peppers. Add the meat mixture, pressing it in, but not packing it tightly.

If your peppers are small, you may have some left over that doesn’t fit in the peppers.

Just put that into a little baking dish and bake right along side the stuffed bell peppers.

Now pop those stuffed bell peppers (and any remaining meat mixture) into your preheated oven and bake for 40 minutes or until the peppers are soft.

If you can easily stick a fork in them, they’re done.

Remove those bad boys from the oven and sprinkle that lovely shredded mozzarella cheese over the tops.

Then return the peppers to the oven and bake them for an additional 15 minutes, or until the peppers are tender.

There you go! Easy peasy!

I like to serve these delicious Stuffed Bell Peppers with a crisp green salad with homemade Italian salad dressing and my Parmesan Rosemary Breadsticks with more marinara sauce for dipping.

What if I don’t have home canned hamburger meat?

Just use a pound of ground beef and brown it before you start.

Can I use meat other than beef?

Of course you can! Your kitchen, your rules!

These stuffed peppers would be great with Italian sausage, ground chicken or turkey, or even chorizo!

I’d leave out the Italian seasoning if I was using the chorizo, though. To make taco stuffed peppers, use chorizo, enchilada sauce, and cheddar cheese.

What can I use instead of instant rice?

Use 2 cups of cooked rice. It can be white or brown. They both work really well.

Make sure that you cook the filling with the lid off the pan so some of the liquid can evaporate. It’s usually soaked up by the instant rice.

What can I substitute for Marinara sauce?

If you don’t have Marinara sauce, you can substitute 1 cup of tomato sauce or even diced tomatoes. But you’ll be missing out a little on flavor.

Can I make these stuffed peppers without rice?

Absolutely! If you don’t like stuffed bell peppers with rice, you can just leave the rice out. You’ll need to cook it in the skillet without a lid to allow some of the liquid to evaporate since there’s no rice to soak it up.

How do I know when the stuffed peppers are done?

The peppers are done when they are soft enough that you can easily stick a fork into them.

Can I use mini sweet peppers?

Absolutely! Stuffed mini peppers are lots of fun and make great appetizers, too! Just reduce the baking time by 5 to 7 minutes.

Can I cook these stuffed peppers in the crockpot?

You can, but you won’t get the lovely browning on the cheese.

For crock pot stuffed peppers, put in the crockpot in a single layer. Cook on low for 6 to 8 hours, or on high for 3 to 4.

The time will depend on how big the peppers are.

Sprinkle with cheese and put the lid back on until the cheese is melted, 5 to 10 minutes.

How long will my stuffed bell peppers last?

Well, at my house they don’t last long!

But if you have leftovers, store them in an airtight container and put them in the refrigerator for 3 to 5 days.

Can I freeze stuffed bell peppers?

Indeed you can. You can freeze them before or after baking. Wrap them tightly in foil and then into a zip top freezer bag. They should keep in the freezer for about 3 months. To bake or reheat from the freezer, out them in a 350°F pre-heated oven while they are still frozen.

If they are being reheated, keep them wrapped in foil. If they went into the freezer before cooking, unwrap and put in a greased baking dish.

Do I have to cook or boil the bell peppers before stuffing them?

No. Some recipes call for that because they say that the peppers hold their shape a little better. I haven’t really found that to be true. O, at least there isn’t enough of a difference that I’ve noticed.

What should I serve with my classic stuffed bell peppers?

I love serving these stuffed peppers with a crisp green salad drizzled with an Italian vinaigrette and garlic toast or breadsticks with marinara sauce for dipping. Then I top it off with either a lemon meringue pie or tiramisu for dessert. 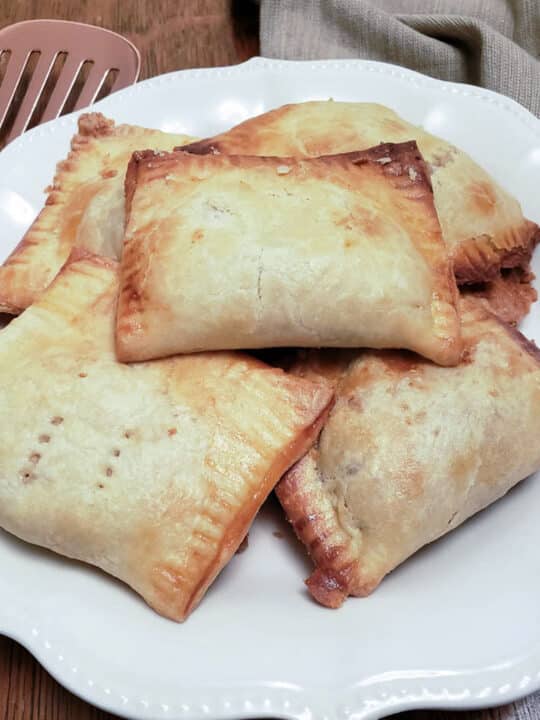 21 Inspired Salmon Recipes for Every Taste